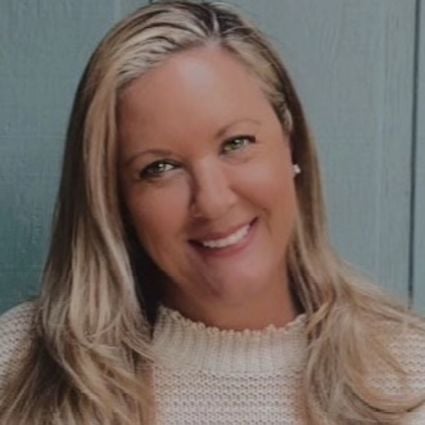 Donna Nickerson grew up in Pennsylvania where she attended Temple University and obtained a Bachelor of Science degree   After
college, Donna headed south to Florida with plans of continuing her education at Florida Atlantic University. She soon discovered her undergrad passion, psychology was not her ideal career path and instead began her career in Public Relations with The North Broward Hospital District.

She migrated from PR to Marketing for a large restaurant andhotel group in Ft. Lauderdale where she met her husband, Jeff.   Ft. Lauderdale
was there home until their daughter, Taylor arrived, and they decided to move to North Carolina where Jeff had fond memories of spending summers as a child.

Donna accepted a job for the Biltmore Estate and she and her family moved to Asheville in 2007 and then to on to Cashiers in 2010 where she worked as the National Sales Manager for Biltmore Estate.  Jeff focused on his passion, fitness as the personal trainer at High Hampton in addition to building his home maintenance company Mountain Home Management.   10 years later Donna decided to trade in her sales hat with Biltmore and concentrate on her family while staying involved with her love of marketing through her own
independent web design and social media advertising business.

In 2019 Donna became the Digital Marketing Manager for BHHSMMR which led to her love of real estate and desire to get her broker’s
license.

Jeff and Donna now have two children Taylor and Jackson, both previously attended Summit Charter School and are now at Rabun Gap Nacoochee Schoolin Dillard, Georgia.  Having the time to spend with her family has been a blessing and the years she has spent on the
Plateau getting to know the area and the community has made the migration to real estate seamless and so exciting!

Donna is excited to be a part of Berkshire Hathaway Meadows Mountain Realty and is excited to share what she loves about this area with
you!